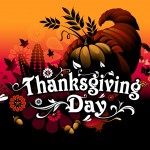 Thanksgiving is a wonderful time to fellowship and feast with family and friends, but how much do you know or remember about the origin of the Thanksgiving holiday in America? Here is a refresher:

“In 1621, the Plymouth colonists and Wampanoag Indians shared an autumn harvest feast which is acknowledged today as one of the first Thanksgiving celebrations in the colonies.

In 1621, the Plymouth colonists and Wampanoag Indians shared an autumn harvest feast which is acknowledged today as one of the first Thanksgiving celebrations in the colonies. This harvest meal has become a symbol of cooperation and interaction between English colonists and Native Americans. Although this feast is considered by many to the very first Thanksgiving celebration, it was actually in keeping with a long tradition of celebrating the harvest and giving thanks for a successful bounty of crops. Native American groups throughout the Americas, including the Pueblo, Cherokee, Creek and many others organized harvest festivals, ceremonial dances, and other celebrations of thanks for centuries before the arrival of Europeans in North America.” Read more at History.com

Then, after the Revolutionary War on October 11, 1782, Congress gave the following proclamation:

IT being the indispensable duty of all Nations, not only to offer up their supplications to ALMIGHTY GOD, the giver of all good, for his gracious assistance in a time of distress, but also in a solemn and public manner to give him praise for his goodness in general, and especially for great and signal interpositions of his providence in their behalf: Therefore the United States in Congress assembled, taking into their consideration the many instances of divine goodness to these States, in the course of the important conflict in which they have been so long engaged; the present happy and promising state of public affairs; and the events of the war, in the course of the year now drawing to a close; particularly the harmony of the public Councils, which is so necessary to the success of the public cause; the perfect union and good understanding which has hitherto subsisted between them and their Allies, notwithstanding the artful and unwearied attempts of the common enemy to divide them; the success of the arms of the United States, and those of their Allies, and the acknowledgment of their independence by another European power, whose friendship and commerce must be of great and lasting advantage to these States:—– Do hereby recommend to the inhabitants of these States in general, to observe, and request the several States to interpose their authority in appointing and commanding the observation of THURSDAY the twenty-eight day of NOVEMBER next, as a day of solemn THANKSGIVING to GOD for all his mercies: and they do further recommend to all ranks, to testify to their gratitude to GOD for his goodness, by a cheerful obedience of his laws, and by promoting, each in his station, and by his influence, the practice of true and undefiled religion, which is the great foundation of public prosperity and national happiness.

Done in Congress, at Philadelphia, the eleventh day of October, in the year of our LORD one thousand seven hundred and eighty-two, and of our Sovereignty and Independence, the seventh.